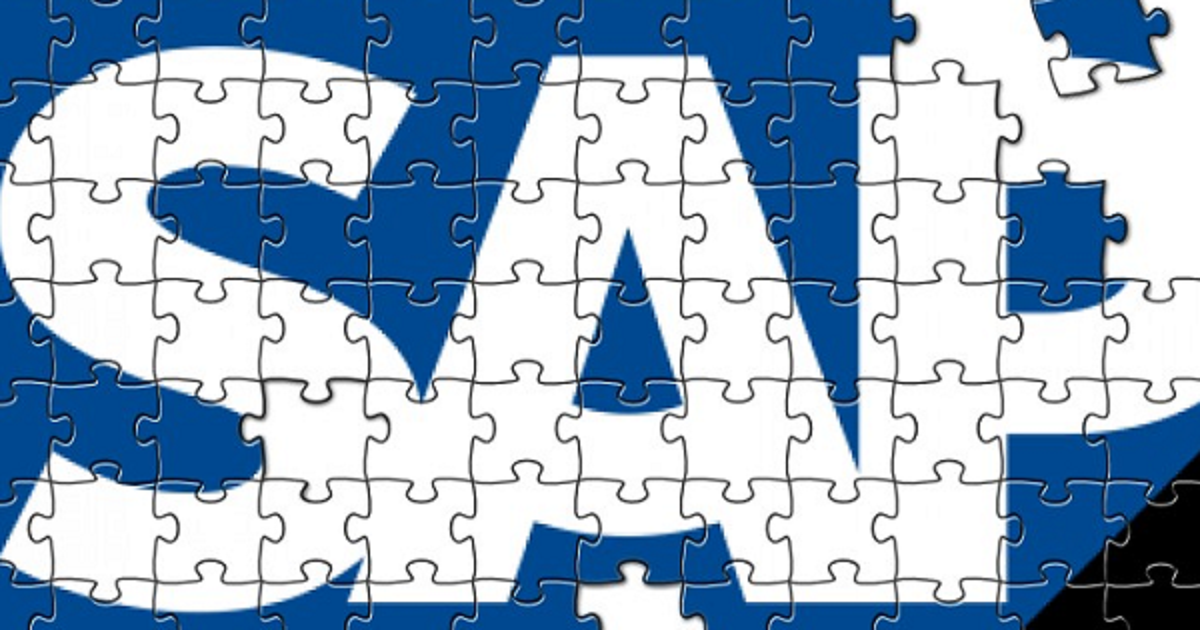 Understanding SAP ERP Architecture can be a very hard job for a beginner. An easy way to learn is to begin from the beginning and see how the architecture evolved.

With the advent of computing technology, companies looked for opportunities to automate various business tasks, instead of relying on slow and error-prone manual work. They would hire software developers (or outsource) to write applications that would help them achieve this requirement.

The applications were specific to the business needs of the organization, but they were not so easy to maintain (poor documentation, bad practices, people who knew how it worked left, fear of changing anything tied them down to the same old technology, each department had their own application and they never integrated to form an ERP system etc.)

Worlds’s most powerful ERP was right under IBM’s Nose

They proposed the idea of creating a standard software that would avoid this rework and address the weaknesses of software built in-house. This ERP solution could be used by many organizations and thereby reduce the cost of developing and maintaining such a software solution.

They started their own company in 1972 as Systemanalyse und Programmentwicklung (System Analysis and Program Development) and later renamed it to Systeme, Anwendungen und Produkte in der Datenverarbeitung (Systems, Applications and Products in Data Processing).

SAP developed their first accounting software -R/1 system- that runs on DOS, in 1972, followed by SAP R/2 system in 1979, which was based on mainframe computing. SAP R/2 included most enterprise functions such supply chain, manufacturing processes, accounting and HR. R/2 also supported multiple languages and currencies which helped it become popular with multinational organizations.

In 1992, SAP redesigned their solution to SAP R/3 which is based on client-server architecture. Several PCs could be used to connect with the one or more application instances which would process the data on one or more instances of the database.

Division of the solutions into three layers (presentation, application and database) and client-server architecture allowed organizations to run each of the layers on separate specialized hardware. 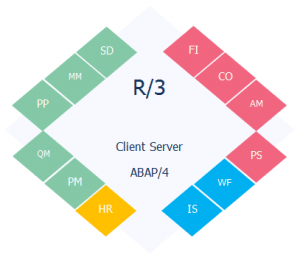 The SAP R/3 architecture until the release 4.6c consists of:

While the architecture was evolving, SAP also reinvented the way users interacted with SAP application.

Collaborating with Frog Design, SAP introduced EnjoySAP. The tree structure in the left pane, reduced screen changes, non-Windows look etc. are the features of EnjoySAP (SAP usage being more enjoyable). EnjoySAP is the standard used by the current SAP GUI.

Before Basis 4.6D, SAP Basis was an integral part of SAP R/3 only. This was reflected by the Basis and R/3 having identical release numbers, or by joint Support Packages, for example.

With mySAP.com (in 1999), SAP started delivering several application components, like SAP R/3 or the SAP New Dimension Products which are all based upon SAP Basis.

As Basis disintegrated from SAP R/3, its development was dependent on mySAP.com’s application components and their technical requirements.

SAP Basis Release 4.6D, which is used by mySAP.com components, like the Workplace, BW, KW, CRM, and other SAP products, was not used by any R/3 release. Therefore, although Basis 4.6D existed, “SAP R/3 4.6D” never did, nor did any R/3 release that used Basis 4.6D.

SAP changed the basis layer to move in the direction of the latest trend in technology. SAP renamed Basis to Web Application Server to indicate adaption of these technologies. The name Basis never died, so these terms are used interchangeably.

A very important architectural change of the application is the introduction of Enterprise Extensions.